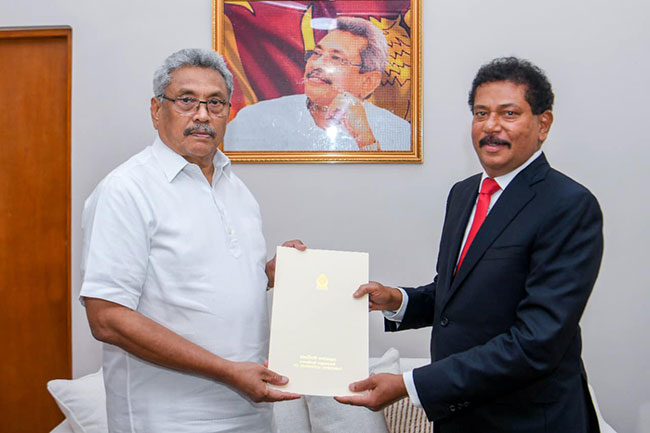 Gamini Senarath has been re-appointed as the Secretary to the Prime Minister, the President’s Media Division said.

An experienced senior officer in the Sri Lanka Administration Service, Senarath received his Letter of Appointment from President Gotabaya Rajapaksa at the Presidential Secretariat today (August 10).

He had served as the Additional Secretary and the Chief of Staff to the President during the tenure of President Mahinda Rajapaksa.

Mr Gamini Sedara Senarath read his basic degree at the University of Kelaniya and entered the Sri Lanka Administration Service (SLAS) in 1984.

He has completed his Post Graduate degree in Information Technology at the University of Colombo. He has also followed a number of academic courses abroad.