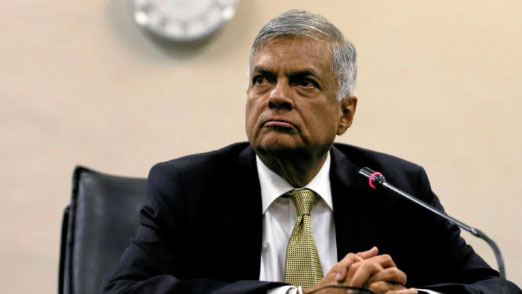 Former Prime Minister Ranil Wickremesinghe has decided to step down as the Leader of the United National Party (UNP), after 26 years at the helm.

The Working Committee of the party is expected to decide on the next leader of the UNP, the oldest political party in Sri Lanka established in 1946 by the Late D.S. Senananayke.

Wickremesinghe has served as Leader of the United National Party since 1994, a 26-year uninterrupted reign as party leader.

He was first elected as a Member of Parliament in 1977, and had been re-elected continuously until 2020. The 71-year-old had served as Prime Minister of Sri Lanka on three occasions.

After 43 years in parliament, he was defeated for the first time at the recently concluded 2020 general election while the UNP failed to win a single seat in parliament. However, it did receive one National List seat.

The UNP members convened a meeting at party headquarters - Sirikotha this morning to decide on the future course of action of the party and other crucial decisions.

Former UNP Deputy Leader Sajith Premadasa, who had sought to take over the leadership of party on numerous occasions, formed a separate party - ‘Samagi Jana Balawegaya’ to contest the parliamentary election along with several other UNPers.