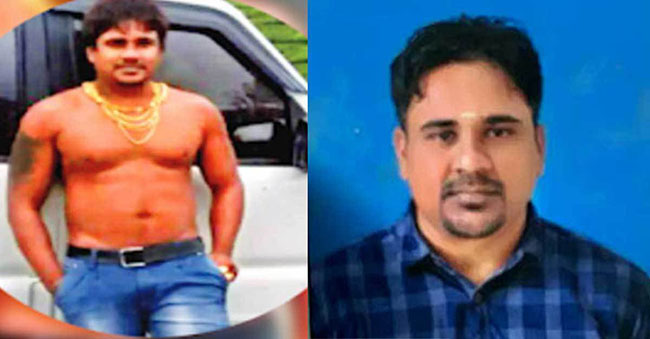 Sri Lanka Police says that steps will be taken to confiscate all the assets and properties in Sri Lanka of notorious underworld kingpin Lasantha Perera alias ‘Angoda Lokka’, who is alleged to have died in India.

Coimbatore city police in India had recently confirmed the death of the Sri Lankan underworld kingpin, in the city where he was living in hiding for at least three years.

Speaking to reporters in Colombo today (10), police spokesman SSP Jaliya Senaratne said that DNA samples  and finger print records necessary to confirm the death, have been sent to India’s Crime Branch-Criminal Investigation Department though the Indian High Commission in Colombo.

He further said that necessary steps are being taken on a diplomatic level through the Ministry of Foreign Affairs to confirm the death, and that all the related information that can be provided from Sri Lanka have already been provided through the Indian High Commission.

The Police Spokesman added that so far no official confirmation has been received that Lasantha Perera alias ‘Angoda Lokka’ had died in India.

According to Coimbatore police, the individual who is alleged to be ‘Angoda Lokka’ had died under suspicious circumstances on July 3 and three persons were arrested in connection with his death.

As per India media reports, two women including a Sri Lankan national and a man from Erode — Sivagama Sundari (37), Dhyaneswaran (32) and Amani Dhanji (27) — were arrested for forging identity papers for ‘Angoda Lokka’ and cremating him.

‘Angoda Lokka’ died on July 3 after which the three accused submitted forged papers in his name to facilitate his cremation. Amani Dhanji, the Sri Lankan national, was living with ‘Angoda Lokka’ in the city.

He had reportedly fallen unconscious on July 3 and was rushed to the Coimbatore Medical College Hospital, where he was admitted in the name of a 35-year-old man R Pradeep Singh.

The accused had submitted an Aadhaar card in Pradeep’s name as identity proof at the hospital. However, ‘Angoda Lokka’ died and the Peelamedu police had registered a case under section 174 of CrPC for unnatural death.

The trio received the body after autopsy, after furnishing the fake Aadhaar card as identity proof and cremated it.