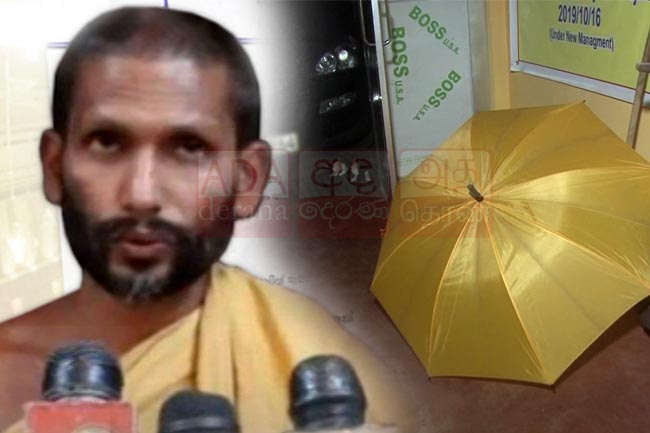 However, when Ada Derana reporter visited the relevant house upon the tip-off, it has been revealed that the Thero had left the house.

The Thero had reportedly arrived at the residence of OPPP Kegalle District Secretary and candidate A. D. Wasantha.

“The Thero said he was being followed by a group of people because he is currently in the middle of a crisis. Several attempts had been made to capture him by following the Thero on a Jeep. The Thero had managed to escape before arriving at my place.

The Thero arrived at around 8.30. Then the Police arrived without notice and searched the house on a call to 119. However, by then the Thero wasn’t there. Police was at the front of the house even before Police arrived. But wasn’t able to catch the Thero.

The police threatened me and asked me where the Thero was. I told them that the Thero had left as there was no security here”, Wasantha said.

The candidate said that he can intervene to resolve this issue if a powerful figure or the government is willing to provide protection for the Thero.

He further said that the Thero can be summoned for a meeting if his protection is ensured.