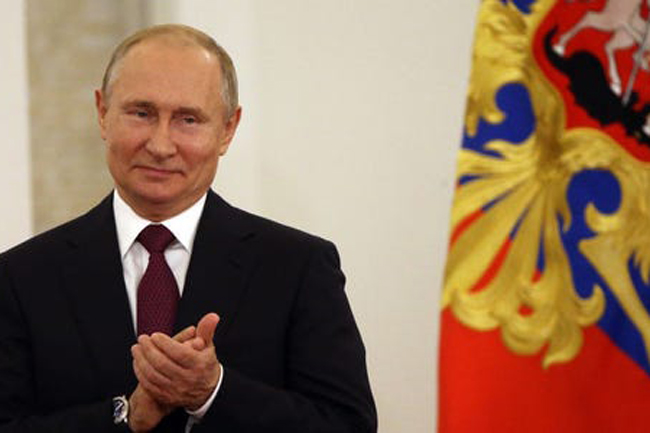 The state-run Gamaleya research institute last week launched Phase III trials of the Covid-19 vaccine involving thousands of volunteers. The Health Ministry has said it plans to begin mass production of the vaccine as soon as next month and launch a mass vaccination drive in October.

“This morning, for the first time in the world, a vaccine against the new coronavirus was registered,” Putin said in a televised cabinet session broadcast.

“I know that it’s effective and forms sustainable immunity,” he said.

Putin said one of his daughters, whose identity he has neither confirmed nor denied to date, has already taken the vaccine.

Russia has the world’s fourth-highest Covid-19 caseload with almost 900,000 infections.

Gamaleya’s vaccine is a so-called viral vector vaccine, meaning it employs another virus to carry the DNA encoding the necessary immune response into cells. It is based on the adenovirus, the common cold.