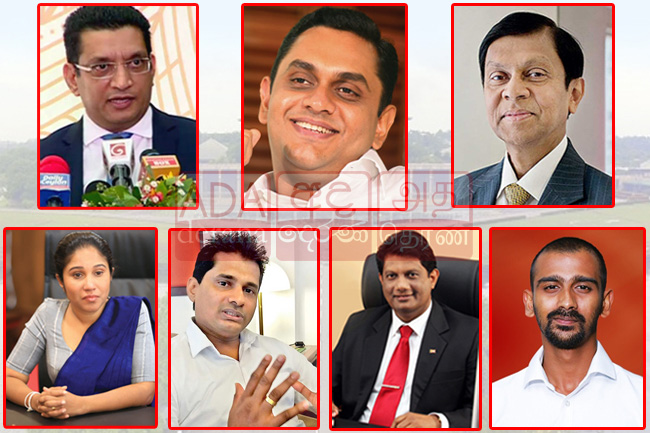 The new Cabinet of Ministers and State Ministers were sworn in before President Gotabaya Rajapaksa this morning (12).

There are several noteworthy facts regarding the Cabinet of Ministers and the State Ministers of the new government.

Among the freshly-appointed ministers are four who were assigned the Cabinet ministerial portfolios for the first time.

Leader of Pivithuru Hela Urumaya (PHU) Udaya Gammanpila and Rohitha Abeygunawardena, who served as Members of Parliament before, were assigned the Ministry of Energy and the Ministry of Port and Shipping, respectively.

Namal Rajapaksa, who contested the General Election 2020 and claimed the top spot in preferential votes from Hambantota District, was appointed as the Minister of Youth & Sports Affairs.

Further, President’s Counsel (PC) Ali Sabry, who secured a parliament seat for the first time through the National List of Sri Lanka Podujana Peramuna (SLPP), was given the Ministry of Justice.

In the meantime, S. Viyalendran, Thenuka Vidanagamage, Sisira Jayakody, Piyal Nishantha, Prasanna Ranaweera, D.V. Chanaka and D.B. Herath, who had served as parliamentarians before, took oaths as State Ministers for the first time.

However, it is notable that Sri Lanka Freedom Party (SLFP) chairman and former President Maithripala Sirisena, who polled the highest number of preferential votes in Polonnaruwa District in the General Election 2020 by contesting from SLPP, was not assigned a ministerial portfolio.

Further, Dr. Wijeyadasa Rajapakshe has also been left out of the new government’s list of Cabinet and State ministers.

Meanwhile, government sources said, Mahinda Yapa Abeywardena’s name has been nominated for the Speaker of Parliament.

The posts of Speaker and Deputy Speaker of Parliament are still vacant and will be filled following the next parliamentary session on the 20th of August.