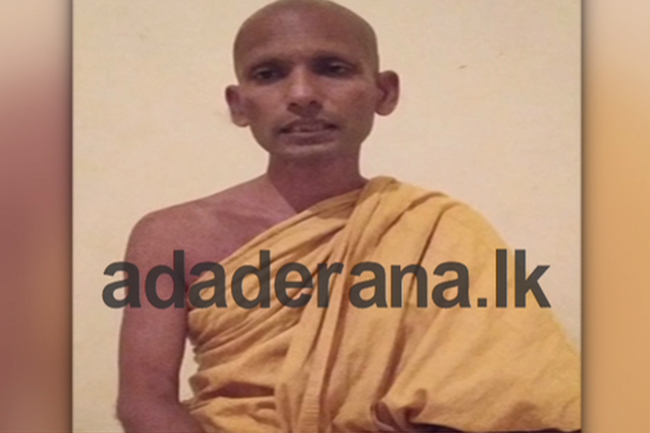 General Secretary of Our Power of People Party (Ape Janabala Pakshaya/OPPP), Ven. Wedinigama Wimalatissa Thero has insisted that he will take his place in parliament until the tussle between Ven. Athuraliye Rathana Thera and Ven. Galagoda Aththe Gnanasara Thera is resolved.

Ven. Wimalatissa Thero, who is currently in hiding due to the alleged threats to his life, mentioned this speaking to Ada Derana.

He says he submitted the party’s National List nomination to the Election Commission in the correct manner according to his position as the General Secretary.

Speaking further said that he expects to accept the National List seat and hand it over once the tussle between Ven. Rathana Thera and Ven. Gnanasara Thera is resolved.

He added that he has already instructed the Election Commission chairman not to accept any letters except the ones submitted to him personally by himself.

Ven. Wimalatissa Thero noted that this is because, such letters may have been signed under death threat or duress although they may contain his signature.