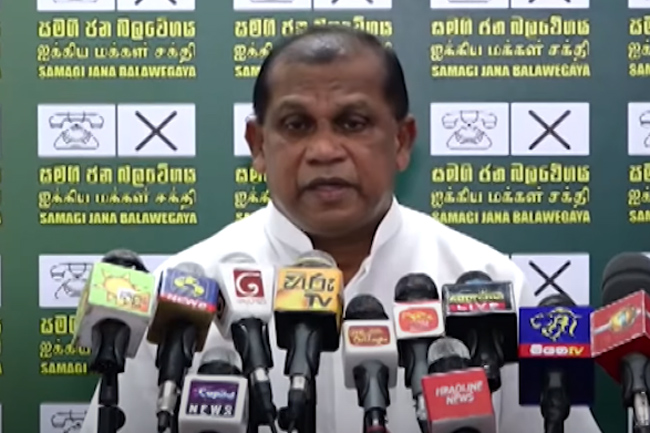 Speaking during a press conference on Wednesday (12), he said the list of nominees will be handed over to the Election Commission today (13).

Madduma Bandara further noted that none of the party members defeated in the General Election 2020 were selected to the National List.

The SJB, which became the main Opposition after obtaining more than 2.77 million votes in the recently concluded parliamentary election, clinched 54 seats in the parliament including 07 National List seats.

Its nomination submission was delayed due to the requests from minor political parties that have amalgamated with the Sajith Premadasa-led party should be given an opportunity to represent the parliament from the National List.

After the SJB submits its National List nominations to the Election Commission, the United National Party (UNP) and the Our Power of People Party (Ape Janabala Pakshaya/OPPP) will be the only remaining political parties to hand over their nominations for the each National List seat they have secured in the election.

In the meantime, the Election Commission has urged these political parties to hand over their National List nominations before the end of Friday (14).