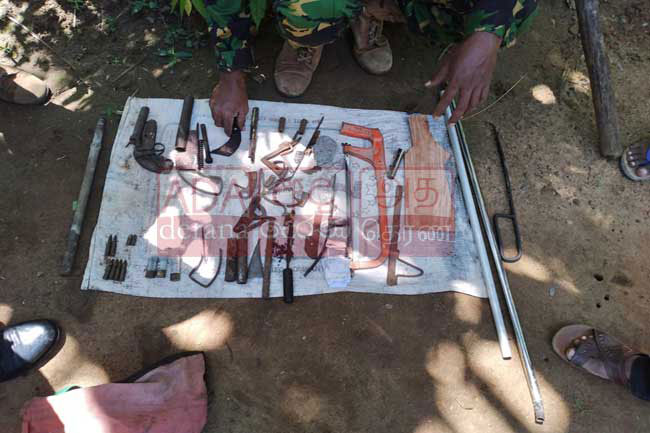 An illegal weapons factory in Walasmulla has been raided by the the Police Special Task Force (STF).

The raid based on a tip-off received by the Tangalle STF camp has led to the apprehension of a suspect along with a haul of illegally manufactured weapons.

A ‘Galkatas’ handgun. ‘T-katas’ firearm, 11 rounds of live ammunition, 03 empty shells, a welding machine, and other equipment used for manufacturing weaponry have been seized in the raid.

The arrested suspect is a 61-year-old resident of Galakolahena area in Walasmulla.

He is to be produced before the Walasmulla Magistrate’s Court today (13).