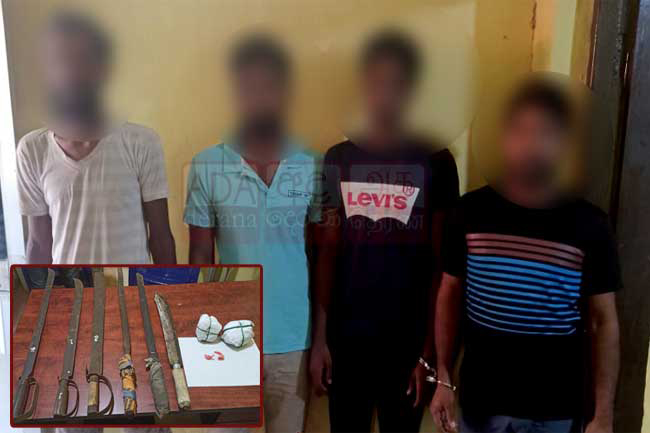 Four individuals, believed to be the members of an organized criminal group have been arrested by the Nawagamuwa Police.

They were found while in hiding at an abandoned house in the woods in Wanduramulla area.

It is reported that these suspects were involved in extorting money from people in the Nawagamuwa area, by causing them injuries using sharp weapons.

The police have seized 07 swords, locally-manufactured hand grenades and 2g of drugs in possession of the suspects.

Preliminary investigations have uncovered that the suspects were associates of a notorious gangster alias “Samayan” who was murdered some time ago.

The four suspects, identified as residents of Ranala area, are to be produced before Kaduwela Court.

The Nawagamuwa Police is conducting further investigations into the incident.