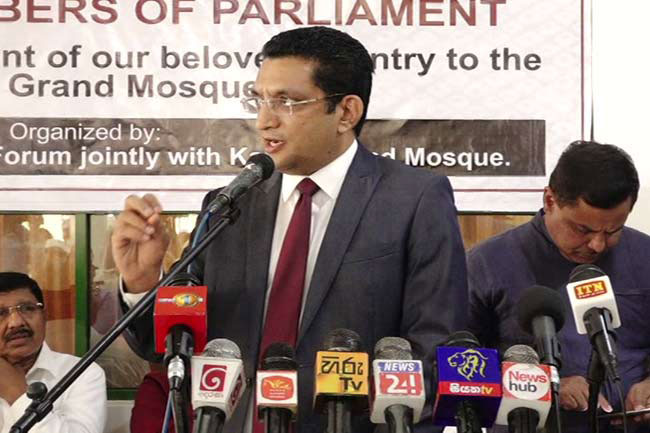 Every last individual who is responsible for the 2019 Easter attacks will be brought before the law, says newly appointed Minister of Justice President’s Counsel Ali Sabry.

He expressed these views speaking at a program held in Kandy yesterday (12).

He stated that he took oaths as the Minister of Justice not to serve one community but to for the whole country.

Sabry says that he will guarantee that he not commit even a minute wrongdoing towards this country, its peace, and its brotherhood.

“For 1,100 years Muslims in Sri Lanka have lived with dignity. Therefore there is no other person who wants extremism eradicated from the Muslim community, more than us. Because we cannot live freely when extremists exist.

We are fully committed to bring every last person responsible for the Easter attacks before the law and punish them.”

Minister Ali Sabry says that he has come to bring people together and not to build walls between them.

However, when the minorities join this journey, it a responsibility of the major parties to extend their arms of brotherhood towards them.

The message given by the President and the Prime Minister when appointing him as the Justice Minister was that ‘all will be treated equally’, Minister Ali Sabry added.