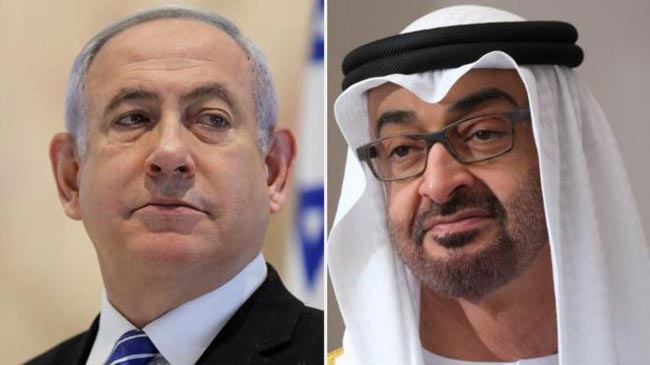 Israel and the United Arab Emirates have agreed to normalise relations, US President Donald Trump has announced.

As a result, they added, Israel would suspend its plans to annex large parts of the occupied West Bank.

However, shared concerns over Iran’s regional influence have led to unofficial contacts between them.

The UAE’s ambassador to the US, Yousef Al Otaiba, said in a statement that it was “a win for diplomacy and for the region”.

“It is a significant advance in Arab-Israeli relations that lowers tensions and creates new energy for positive change,” he added.

The agreement marks only the third Israel-Arab peace deal since Israel’s declaration of independence in 1948. Egypt signed one in 1979, and Jordan in 1994.

In the coming weeks delegations from Israel and the UAE will meet to sign bilateral agreements regarding investment, tourism, direct flights, security, telecommunications, technology, energy, healthcare, culture, the environment, the establishment of reciprocal embassies.

The countries will also join the US in launching a “Strategic Agenda for the Middle East”, according to the joint statement.

The leaders said they had “a similar outlook regarding the threats and opportunities in the region, as well as a shared commitment to promoting stability through diplomatic engagement, increased economic integration, and closer security”.