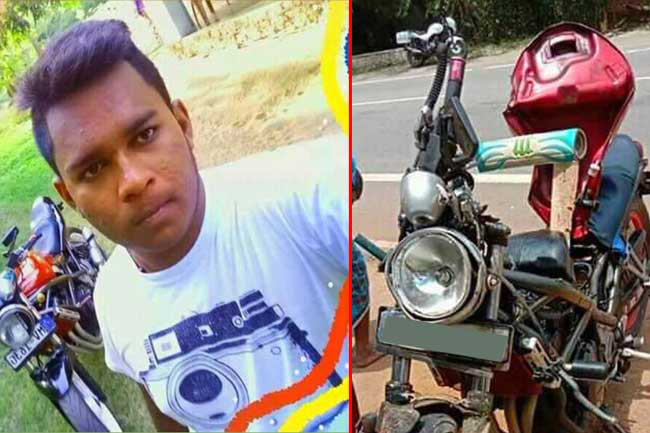 A teenager has died in a fatal motor accident at Buduruwakanda Junction in Padeniya of Galgamuwa police division on Thursday (13).

A lorry which had been en route to Anuradhapura from Galgamuwa had stopped midway on the roadside.

It had then made a U-turn to return to Galgamuwa area when a motorcycle travelling towards Anuradhapura crashed against the lorry, leaving its motorcyclist in a critical condition.

However, the injured individual, who was admitted to the Galgamuwa Hospital, succumbed to injuries while receiving treatment.

The deceased was identified as a 17-year-old residing in Siyambalangamuwa in Galgamuwa.

The driver of the lorry has been placed under arrest over the accident and Galgamuwa Police is carrying out further investigations into the incident.