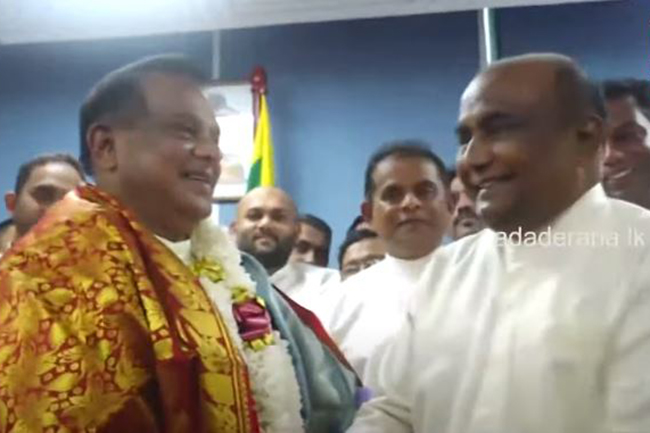 Minister of Wildlife and Forest Conservation C.B. Ratnayake has hinted that Matara District MP elect Mahinda Yapa Abeywardena will be appointed as the next Speaker of Parliament.

Minister Ratnayake revealed this assuming duties at the Ministry of Wildlife and Forest Conservation today (14).

Abeywardena, who polled over 80,000 votes from Matara District in the General Election 2020, was also present at this event.

Minister Ratnayake referred to Abeywardena as “our new Speaker”.

Minister Aluthgamage after assuming duties, said he plans to moot tax relief for those investing in the agriculture sector.