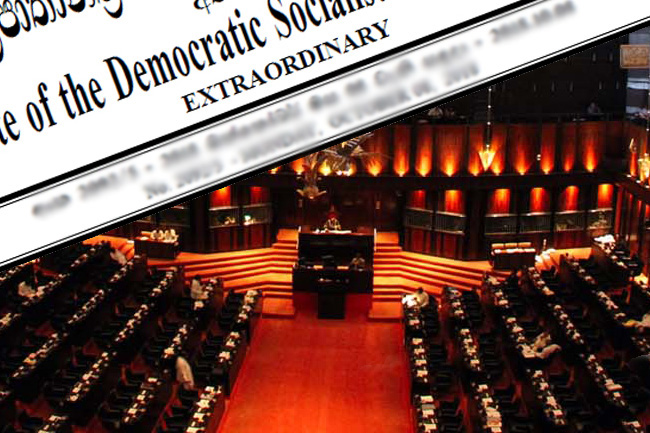 The Election Commission has published an extraordinary gazette notification containing the names of more Members of Parliament (MPs), who were nominated for National List seats at the General Election 2020.

Gazetted names of the National List MPs of the above-mentioned political parties are as follows: