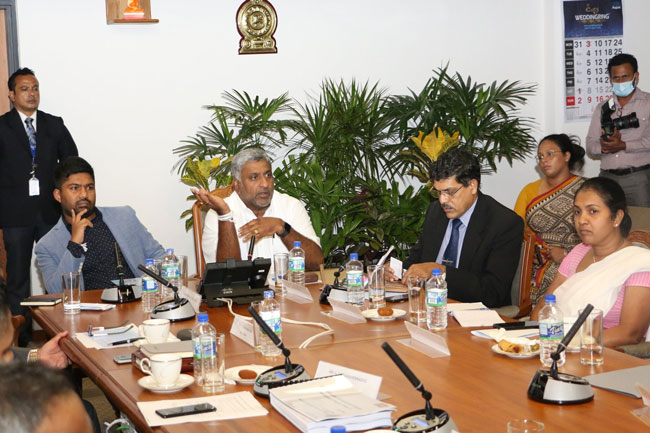 Minister of Tourism Prasanna Ranatunga has called for a report on an accurate assessment of the damage caused by paddy storage at the Mattala International Airport (MIA) during the Yahapalana regime.

During a discussion on the upcoming plans of the airport, Minister Ranatunga has directed the report to be handed over to him within a week.

At the meeting, trade union representatives had pointed out to the Minister that the Airport & Aviation Services Sri Lanka Ltd (AASL) had not yet made an accurate assessment of the damage caused by the paddy storage at MIA.

Chief Financial Officer of the company, too, had agreed that an accurate assessment in this regard was essential.

Minister Ranatunga has further stated that the Yahapalana government has neglected MIAwith the intention of causing a natural death.

He added that after President Gotabaya Rajapaksa assumed power steps were taken to turn MIA into an active airport.