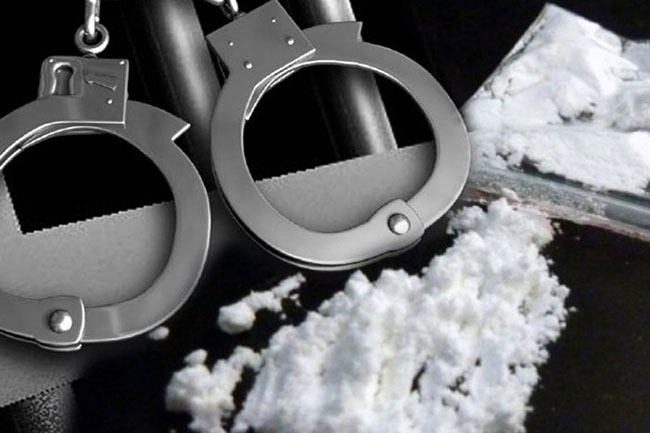 Four individuals including a supervisor of the Kolonnawa Urban Council have been arrested with narcotic drugs.

The arrests were made by the officers of the Padukka Police earlier today (18).

Police have recovered over 1 kilogram of heroin worth Rs 12 million found in the possession of the suspects.

In addition, a car and 2 three-wheelers belonging to the suspects have also been seized by the Police.

It is reported that the aforementioned four arrestees are linked to a large-scale drug racket operated in Padukka and Homagama areas.

Details about this network were first uncovered following the arrest of a 27-year-old named Sudath Priyadarshana. He was taken into custody by Padukka Police while in possession of 10mg of heroin.

Interrogations into this suspect have led to the arrest of another individual – Pradeep Thushara alias “Bath Etaya” – who had sold heroin to the former.

Information divulged by “Bath Etaya” resulted in the arrest of another suspect by the name Chanaka Prasad. He was taken into custody in Kolonnawa along with 10g of heroin.

Another suspect, identified as Jagath Jayalala, who also had links to this drug network was later arrested by the police in Duwawatte area in Kolonnawa. This arrest was a result of the interrogations carried out into the suspect named Chanaka Prasad.

It was revealed Jagath Jayalal was employed as a work inspector of the Kolonnawa Urban Council. The police seized 1kg of heroin, 02 three-wheelers and a car from the possession of this suspect.

Senior DIG in charge of the Western Province Deshabandu Tennakoon said more details pertaining to this drug network are being uncovered by the authorities.

Under the directives of the President and Defence Secretary, invesitgations are underway to identify the networks of drug traffickers operating across the country.