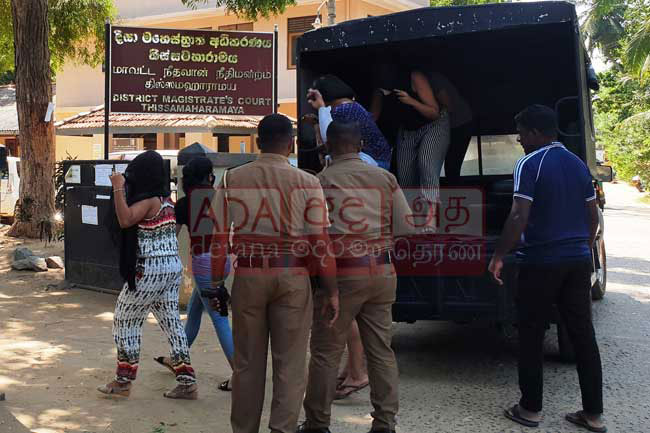 A group of youths have been arrested at a party involving drugs held in a restaurant in Kirinda, Tissamaharama.

The party organized via Facebook had been raided last evening (18) by the Kirinda Police on a tip-off received by them.

Reportedly, 10 males and 06 females have been arrested at the party.

The arrested males are residents of Ratnapura area while the female arrestees had been from Colombo, said the Police.

The suspects have been remanded until August 25 when they were produced before the Tissamaharama District Magistrate’s Court today (19).