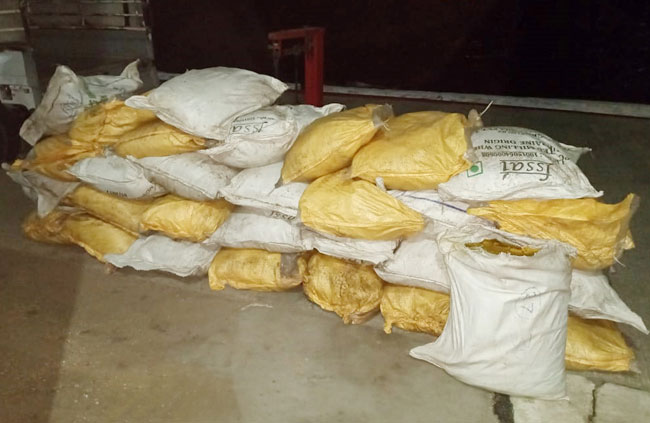 Sri Lanka Navy has intercepted a turmeric smuggling racket at the Ettalai area in Kalpitiya today (06), and apprehended 03 suspects.

The arrested individuals linked to the smuggling racket, aged between 24 and 31 years, are residents of the same area, stated Sri Lanka Navy.

The Navy has recovered nearly 815 kilograms of dried turmeric in 30 gunny sacks, made ready to be transferred.

The Navy has also seized a lorry used for the racket.

The arrestees along with the stock of dried turmeric and the lorry have been handed over to the Kalpitiya Police for onward investigation.