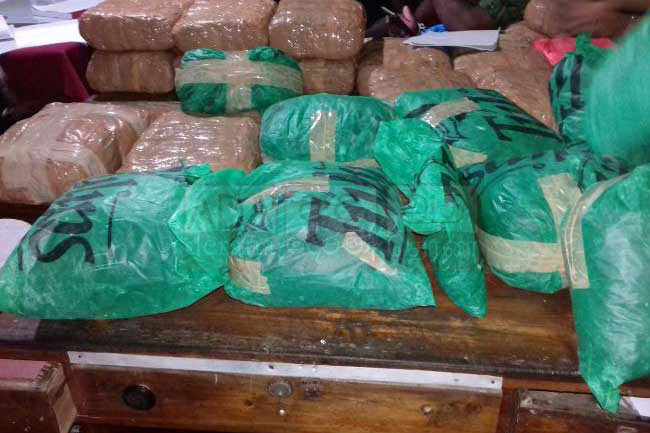 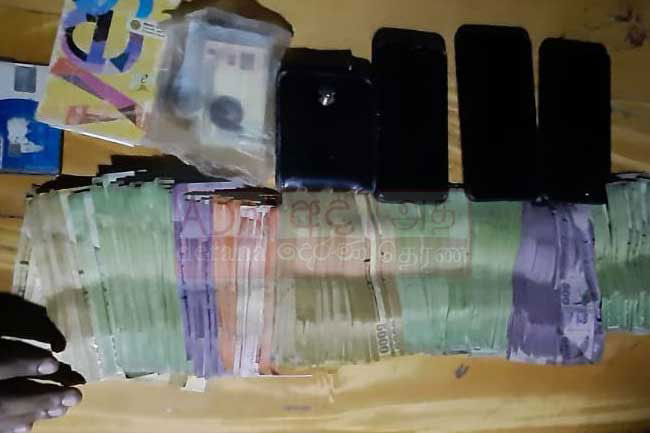 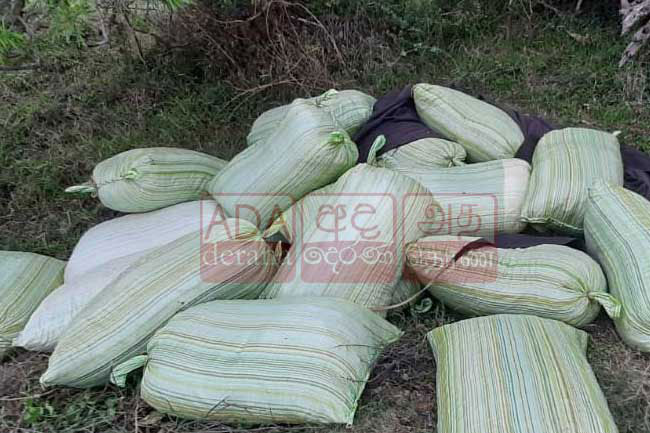 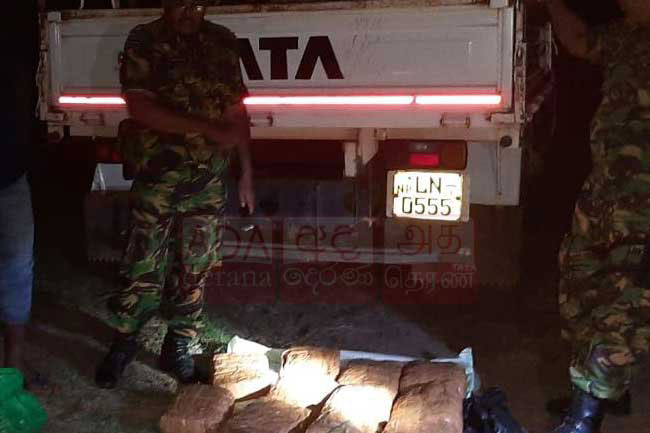 Four individuals including two women have been arrested in Uyilankulama, Pudukudiirippu, while transporting over 50 kg of Kerala Cannabis and 920 kg of turmeric.

The arrest has been made early this morning (15) in a special joint mission by the Police Special Task Force (STF) and Sri Lanka Army.

Accordingly, 52 kilograms of Kerala Cannabis and 920 kilograms of smuggled turmeric have been recovered in the raid.

In addition, 05 notes of USD 100 denominations, 1.7 million in Sri Lankan Rupees, a lorry, and a tractor with a trailer have also been taken into the custody of security forces.

The arrested suspects have been handed over to the Mannar Police Station for onward investigations.

Preliminary investigations have revealed that the arrestees are involved in large-scale drug rackets, the STF said.