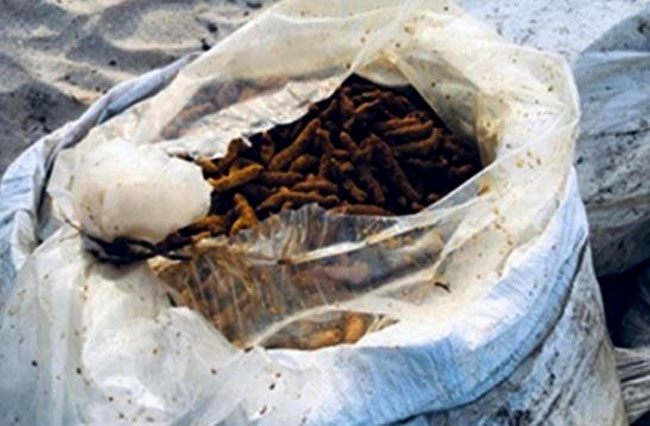 Naval operation nets over 520 kg of dried turmeric in Mannar

A special operation conducted by the Sri Lanka Navy in the sea area of Mundalampiddi, Mannar yesterday (16), led to the interception of an attempt to smuggle in over 520 kg of dried turmeric.

Sri Lanka Navy said that 03 suspects have also been apprehended along with the haul of turmeric.

Reportedly, over 520 kg of dried turmeric stuffed in 12 gunny bags were held by the North Central Naval Command as the suspects were attempting to transfer the consignment by a traditional boat (Wallam) in the above sea area.

The suspects, aged 22 and 55 years, were identified as residents of Palleimunai in Mannar.

Further, they have been produced to the Adampan Medical Officer of Health for onward health and safety proceedings.

Meanwhile, the seized stock of dried turmeric and the traditional boat has been disinfected to comply with COVID-19 guidelines stipulated by health authorities and they will be handed over to the Jaffna Customs Office for onward investigation.