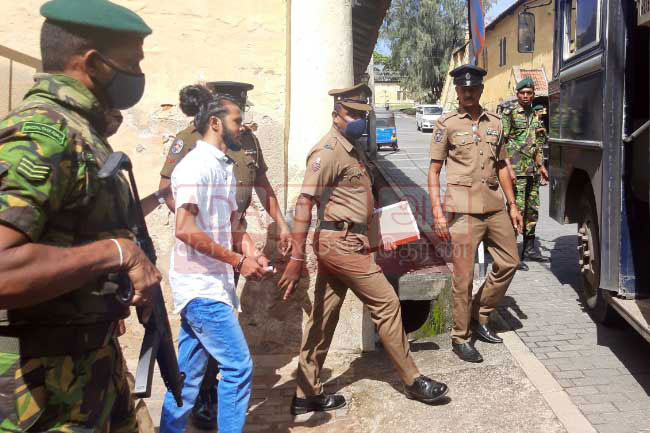 Galle Chief Magistrate ordered to name Janith Madhusanka alias ‘Podi Lassie’ a suspect in the case of making public death threats to the President, the Defense Secretary, and senior officials of the Prisons Department at the Boossa Prison.

The Chief Magistrate issued this order considering a request made by the Criminal Investigation Department through a motion.

When the case was taken up before the Galle Chief Magistrate, today (17), organized crime gang member ‘Podi Lassie’ was ordered to be remanded until September 25.

Meanwhile, the Batapola Police arrested two heroin traffickers on December 15, 2017, and it is alleged that the racket was directed by ‘Podi Lassie’.

Accordingly, ‘Podi Lassie’ had been escorted to the Balapitiya Magistrate’s Court at around 10.20 am today under special security.

The first suspect of the case had been granted bail today while ‘Podi Lassie’ was remanded again as no one had come forward to request for bail on behalf of him.