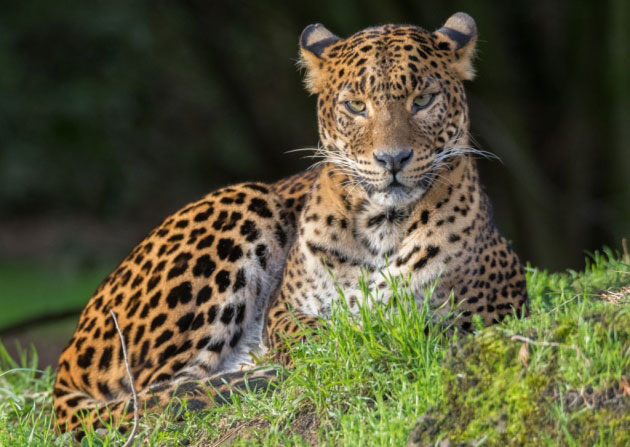 Keepers at Norfolk’s Banham Zoo were reportedly left devastated by the death of their female Sri Lankan leopard ‘Sariska’.

The leopard had a heart condition and died on September 16 following a period of illness in recent weeks. Further investigations into her death are being carried out, however.

Sariska gave birth to two cubs in June which were fathered by the zoo’s male leopard, Mias. One of the cubs died in August. And the zoo also lost its female Siberian tiger Sveta back in June. A post-mortem examination confirmed that she had an undiagnosed heart condition.

A statement issued by Banham Zoo said: “It was very clear at post-mortem that Sariska had a serious heart condition that would have led to her death within a matter of weeks. Further investigation will be carried out to try to ascertain the cause.”

Gary Batters, joint managing director at the Zoological Society of East Anglia, which runs Banham Zoo, near Diss and Africa Alive! in Suffolk, said: “This is so upsetting for the keepers and staff who have cared for Sariska since she arrived at Banham Zoo in 2015.

“She will be greatly missed by the team here at Banham Zoo and by our visitors.

“Our focus will be on supporting the development of the leopard cub, to ensure he adapts as well as possible to the loss. We have named him Sariask, an anagram of his mother’s name in Sariska’s memory.”

The Zoological Society of East Anglia is a partner in the European Breeding Programme for the Sri Lankan leopard, which is one of nine subspecies of leopard.

The International Union for the Conservation of Nature (IUCN) classify the Sri Lankan leopard as vulnerable, following its last assessment in October 2019, with under 800 mature individuals left in the wild.