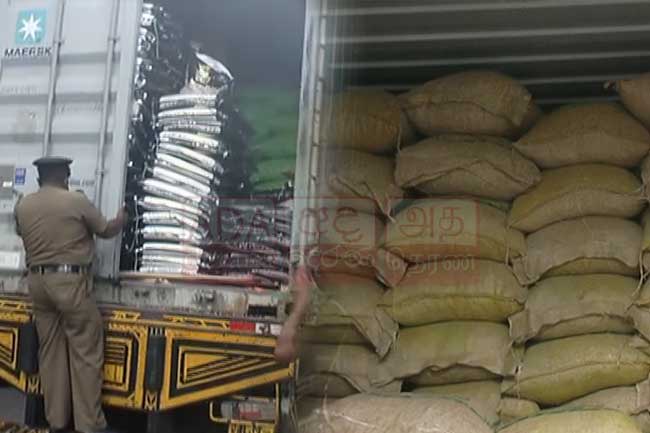 The stocks of Turmeric and Oried were found inside three container trucks parked near a storage complex, based on information received by Bloemendhal Police.

Police said that 10 suspects have been arrested while the 03 container trucks and 07 lorries have also been taken into custody.

It has been reported that the Turmeric and other items had been illegally imported from Dubai three days ago by a businessman from Mattakkuliya.