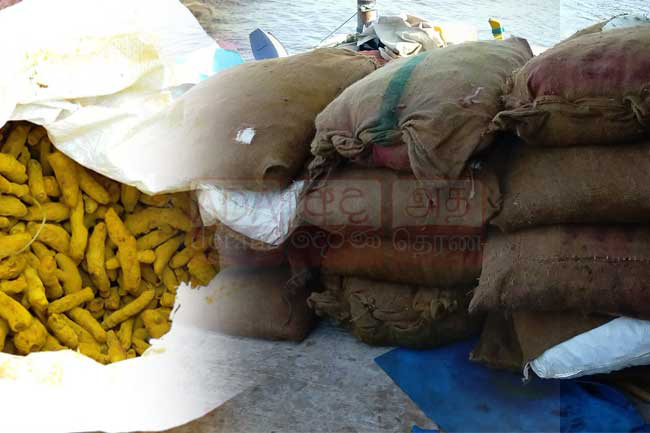 Attempt to smuggle in 1,000 kg of turmeric foiled

A boat, smuggling in a consignment of 1,000kg of turmeric, has been intercepted in Chilaw this morning (18).

The vessel was seized by the officers attached to the Sri Lanka Coast Guard, acting on information received in this regard.

Two suspects who were aboard the vessel have taken to their heels as the Coast Guard officers approached the vessel.

It is reported that the vessel belongs to a fisherman in the area. Coast Guard officers are carrying out further investigations to apprehend the boat owner and the two escapees.

The turmeric consignment is estimated to be worth nearly Rs. 4 million, reports revealed.