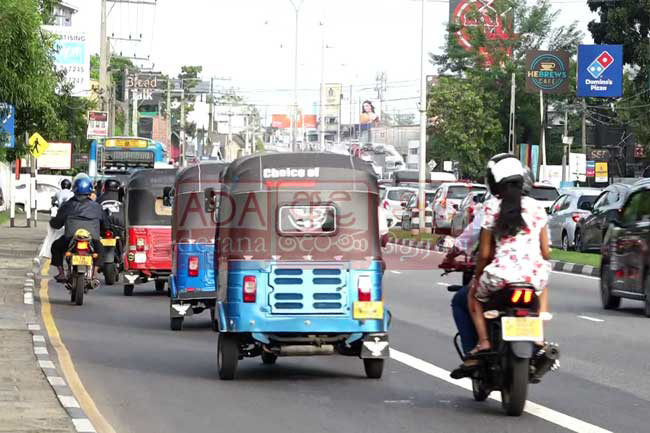 Steps will be taken to allocate more space to three-wheelers and motorcycles which now have been restricted to the bus priority lane, says SSP Indika Hapugoda, the Director of the Traffic Control and Road Safety Division.

Accordingly, on four-lane roads, the first and second lanes from the left will be assigned for buses, three-wheelers and motorcycles.

This new move is expected to facilitate space for other vehicles to travel without congestion, SSP Hapugoda added.

It is reported that three-wheeler drivers and motorcyclists have complained that they were massively inconvenienced by being restricted to the bus priority lane.

Taking this into account, the Police decided to allocate more space to the three-wheelers and motorcycles.

The traffic lane law including the bus priority lane rule is in effect for the fifth consecutive day today on the Sri Jayewardenepura Mawatha, Baseline Road, High Level Road and Galle Road.

Police have made use of the drones belonging to the Sri Lanka Air Force as well as CCTV cameras to monitor the movement of vehicles.