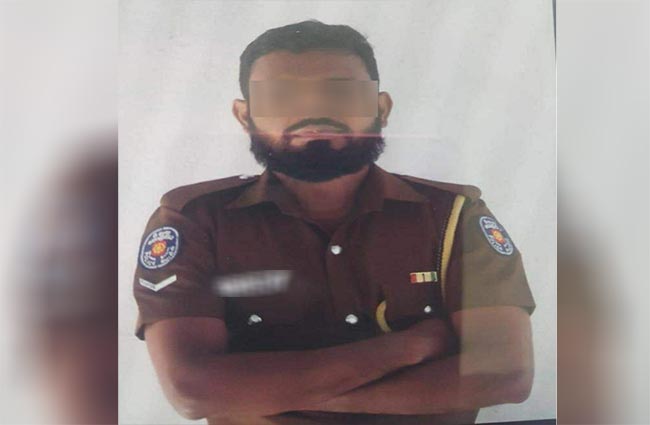 Indian crime branch-CID sleuths were on Thursday granted the custody of the Sri Lankan policeman, who was arrested by the Ramanathapuram police for his illegal entry into the country, for four days for questioning to establish his links with the late underworld kingpin ‘Angoda Lokka’, who reportedly died in Coimbatore recently.

A police constable attached to the Colombo Crimes Division (CCD) in Sri Lanka, 31-year-old Bandara is said to have ties with drug smugglers. He had allegedly taken away 23kg drugs from the Colombo port and handed them over to his elder brother, who was arrested by the police in Sri Lanka recently.

Bandara, however, escaped and reached Mandapam in Ramanathapuram district by an illegal ferry and approached a few people to get a mobile phone as his phone was not in a working condition. A fisherman was to receive him at Mandapam on the evening of September 5, but he failed to turn up on time. Local people informed police, who arrested Bandara and lodged him in the Puzhal Central Prison.

Tamil Nadu’s Director General of Police J K Tripathy, meanwhile, ordered the CB-CID police in Ramathapuram to take over the case from the Mandapam police and appointed DSP Raju as the investigation officer.

DSP Raju filed a petition before the judicial magistrate court-II in Ramanathapuram, seeking Bandara’s custody for five days. The court on Thursday granted four days of custody and instructed police to produce Bandara before it on Monday. He was subsequently taken to the CB-CID police office in Ramanathapuram for questioning.

The CB-CID police team is trying to establish connection, if any, between Angoda Lokka and Bandara.

“Bandara is the most wanted person in the Sri Lankan police department in connection with a drug smuggling case. The Sri Lankan police is likely to approach the Tamil Nadu police through diplomatic level soon for his repatriation,” an official said.

The CB-CID police team is also trying to identify the fisherman, who offered to help Bandara.