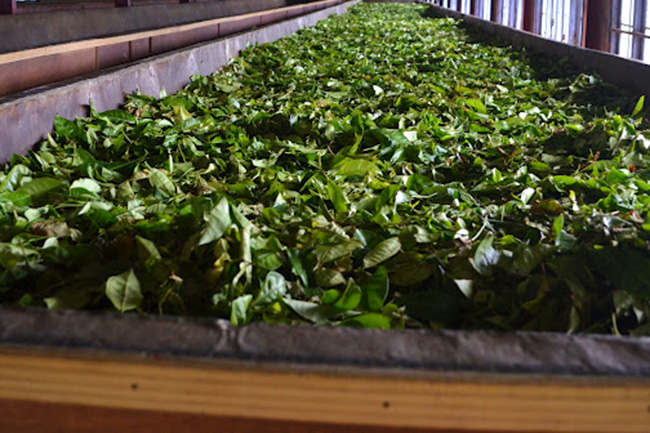 President Gotabaya Rajapaksa urged the tea factory owners not to pave the way to tarnish the image of Ceylon Tea brand which has attracted many countries in the world for a long time.

Media recently reported instances of adulterating the quality tea by mixing sugar, glucose, sodium bicarbonate and ferrous sulfate. The rejection of such tea in the world market has caused a huge setback to the tea industry.

President emphasized that the country’s reputation, as well as the global demand for Ceylon Tea, could not allowed to be harmed in the future.

President stressed that no room will be left for the tea industry to suffer the same fate that the pepper had met with.

President Rajapaksa made these comments during a discussion with small and medium scale tea factory owners and exporters held at the Presidential Secretariat today (18).

The deterioration of the quality of tea has resulted in the decline of its demand from 65% to 45% among the global consumers. The number of tea factories in this country stands at 705. Improper activities have been reported from 45 factories and production has been stopped in 18 among them following investigations, Chairman of Ceylon Tea Board Jayampathi Molligoda said.

“No room should be left to hamper the revenue of the country or the tea industry due to substandard tea production. Tea factory owners as well as the exporters should ensure the supply of high-quality tea to the world market. Production of low-quality tea will not be allowed” said the President while giving instructions to officials to close down the factories that do not adhere to this rule.

President also instructed the acting Inspector General of Police to continue to raid such factories after conducting investigations with the assistance of intelligence services.

State Minister Kanaka Herath, Principal Advisor to the President Lalith Weeratunga, secretaries to Cabinet and State Ministries, Acting IGP and other officials, tea factory owners and exporters were present during the discussion.