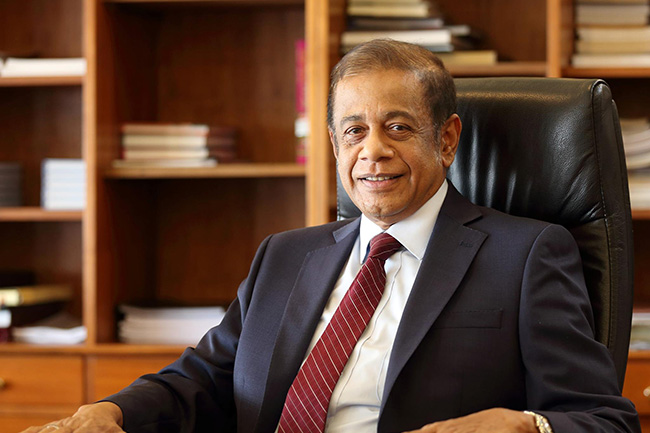 During the proceedings, the legal counsel representing the Director of State Intelligence Service (SIS) Nilantha Jayawardena asked the witness as to how he came to know that an attack had been carried out on Easter Sunday in 2019.

The former National Intelligence chief replied that he came to know of the attacks via a relative from an area of one of the blasts.

The legal counsel then asked the witness if he did not feel ashamed in being updated on such an important piece of information via a relative, to which Mendis responded that it is normal to obtain information from a person in the vicinity of an incident when such a thing occurs.

Subsequently, the chairman of the PCoI on Easter attacks questioned the witness if his mobile phone was deactivated until the attacks, since the day before.

“My mobile phone was on ‘silent mode’ since the evening of April 20 and I didn’t have the chance to check the phone for incoming calls,” Mendis responded.

Afterwards, it was the turn of former Defence Secretary Hemasiri Fernando to testify before the PCoI on Easter attacks.

The witness responded, “Nilantha was responsible for taking that information up for discussion since it was information received by him. April 08 in 2019 was a special day for the country’s Ministry of Defence since until then, the Indian Defence Secretary had not visited this country. The Defence Ministry was busy. It was in such a backdrop that the chief of National Intelligence met me and informed of the piece of intelligence. I perused it and said that it is very important and asked him to tell Nilantha to take it up at the meeting the following day. At the meeting next day, Nilantha said that Zahran’s extremism is turning towards violence but he did not say that he is a terrorist. Likewise, he made no mention of the information he received on April 04. Towards the end of the meeting, Sisira Mendis showed me a piece of information received on April 04, which was in his hand. Then I asked Nilantha as to what was done about that piece of information. He replied that he informed the Inspector General of Police (IGP) and that another report is being compiled to be submitted after completion. So, I was content with it.”

The former Defence Secretary went on to say that by March 2019, Commander of the Army Mahesh Senanayake had told him that the State Intelligence Service does not provide information and that they are bypassed. “I told him that I will give a reply after talking it out with the President.”

The Commission then asked the witness if he had discussed the matter with then-President, to which he responded in the negative. “I did not get a chance to talk it out with the President. A rift had been created between the President and me by external factions. As such the President did not want to talk with me.”

“Then-IGP Pujith Jayasundara only participated in the first National Security Council meeting that I attended as the Defence Secretary. The President had given me instructions not to call him for meetings thereafter,” he went on to say.

Fernando further stated that, following the constitutional crisis of October 2018, both former Prime Minister Ranil Wickremesinghe and State Minister of Defence Ruwan Wijewardene were not invited to the Security Council.

“After the governmental change in October, I asked the former President whether to invite then-new PM Mahinda Rajapaksa to attend the council. The President said it is unnecessary and said it can be done later.”

The former Defence Secretary noted that then-PM Rajapaksa was not invited to the Security Council during the 52-day government.

Fernando responded that one day, as they were seated until the President’s arrival, they were surprised to see 04 persons walking in behind the President. “They were representatives of the Sri Lanka Freedom Party (SLFP) represented by then-President – Dayasiri Jayasekara, Lasantha Alagiyawanna, Mahinda Amaraweera and Thilanga Sumathipala. They were not invited to the National Security Council.”

Then-President Maithripala Sirisena has responded that it was okay to be called for that but he would not call him for the meetings chaired by him, Fernando said further. “By then there was deep hatred between the former President and the PM. As officials, we too were caught in that.”

The Additional Solicitor General asked the witness as to what was the reason behind Pujith Jayasundara not being called for the Security Council. Fernando responded that during the Security Council meeting, then-chief of Defence Staff Ravi Wijegunaratne had made a complaint against a Criminal Investigation Department (CID) officer claiming that a certain officer is attempting to arbitrarily arrest him.

The former President then told IGP Pujith Jayasundara to remove Nishantha Silva since what the President says must be done, the IGP transferred Nishantha Silva to Negombo, the witness stated, adding that it was also communicated to the National Police Commission in line with the due protocol.

“Three days later, the former President called me and asked under whose instructions Nishantha Silva was transferred. I told him that it was he who gave instructions for the transfer. He said he did not ask for him to be transferred and slammed the phone down. Later, I went to meet with the President on several days. The President told me “Look at what he has done. He has written to the National Police Commission with reference to the Security Council.” He instructed me not to call the IGP for the Security Council anymore. Accordingly, I communicated the President’s order to then-IGP Puijth Jayasundara. Instead of the IGP, Senior DIG Ravi Seneviratne who was then in charge of the CID was invited to the Security Council.”

The Additional Solicitor General then asked the witness if the former President Maithripala Sirisena at some point asked him whether his head was not right, to which Fernando replied in the affirmative.