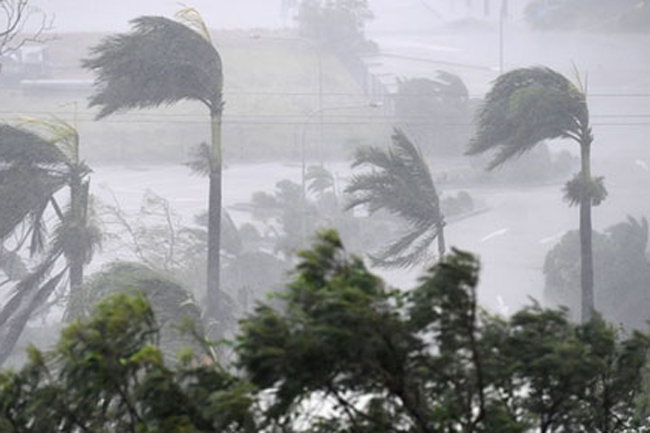 Prevailing showery and windy condition is expected to continue further today (19) due to active South-west monsoon conditions across the island, says the Department of Meteorology.

Showers will occur at times in Central, Sabaragamuwa, Western and North-western provinces and in Galle and Matara districts.

Meanwhile, heavy rainfall above 100 mm is likely at some places in Sabaragamuwa and Central provinces.

Fairly heavy rainfalls about 75mm are likely at some places in Galle, Matara and Kaluthara districts.

Several spells of showers may occur in North-central province.

Strong gusty winds about (50-60) kmph can be expected across the island, particularly in the Northern, North-central and North-western provinces, Trincomalee and Hambanthota districts and in the western slopes of the central hills.

Formation of a low pressure area over Northeast Bay of Bengal around is possible around the 20th of September, the Meteorology Department said further.

Strong or very strong gusty winds heavy rainfall and rough or very rough seas can be expected over Central, Northeast and Eastern Bay of Bengal Sea areas (06N-16N, 83E-96E) during next few days.

Navel and fishing communities are advised not to venture into aforementioned deep sea of the Bay of Bengal from 19th September until the 22nd of September. Those who are in deep sea are advised to reach safer area.

Showers or thundershowers will occur in the sea areas around the island. Heavy showers may occur in the Eastern and North-eastern deep sea areas.

Winds will be south-westerly in the sea areas around the island and the wind speed will be (30-40) kmph.

Wind speed can increase up to (60-70) kmph in the deep and shallow sea areas off the coasts extending from Batticaloa to Colombo via Trincomalee, Kankesanturai and Puttalam and in the sea area extending from Galle to Pottuvil via Hambantota.

There is a possibility that near shore sea areas off the coast extending from Kalpitiya to Pottuvil via Colombo, Galle and Hambantota may experience surges due to the effect of swell waves, having (2.5 – 3.0) m height.

The sea areas extending from Batticaloa to Colombo via Trincomalee, Kankesanturai and Puttalam and in the sea area extending from Galle to Pottuvil via Hambantota can be rough or very rough at times.