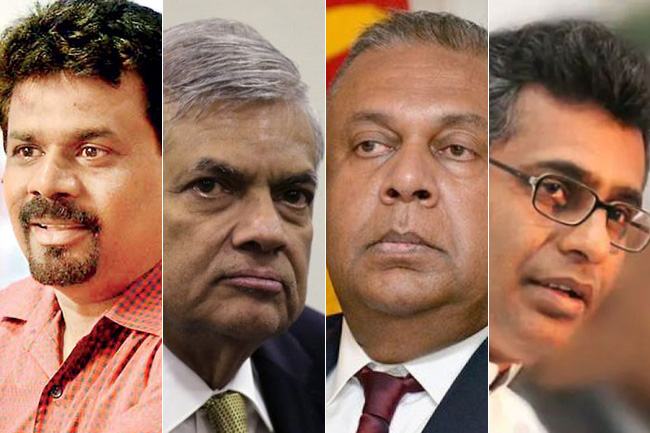 Former Prime Minister Ranil Wickremesinghe and several other politicians are slated to record statements with the Presidential Commission of Inquiry (PCoI) probing the alleged incidents of political victimization this morning.

They will accordingly appear before the Presidential Commission at around 10.00 am today.

This is with regard to a complaint filed by former Director General of Divi Neguma Department Kithsiri Ranawaka.

The members of the “Anti-Corruption Committee”, set up with the approval of the Cabinet of the Yahapalana Government to look into corruption, Mangala Samaraweera, Patali Champika Ranawaka, Rauff Hakem, Sarath Fonseka, Malik Samarawickrema, Anura Kumara Dissanayake, R. Sampanthan and M.A. Sumanthiran are scheduled to appear before the panel.

In the meantime, former Ambassador of Sri Lanka to Russia Udayanga Weeratunga is also slated to provide evidence before the Presidential Commission of Inquiry today.

This is with regard to a complaint he had lodged with the PCoI claiming that a case was filed against him for allegedly importing a container into the country illegally. Weeratunga maintains that evidence has been fabricated and that the container in question was shipped in via legal means.