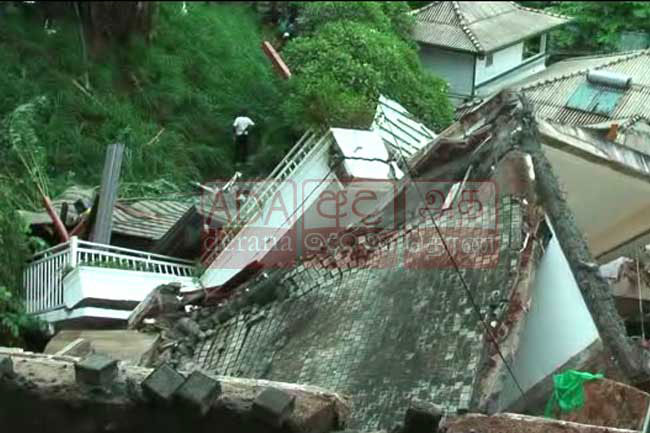 UPDATE (9:47 am): The one and half month old baby rescued from the collapsed building incident in Buwelikada has passed away.

The baby had been admitted to the Kandy Hospital, after being rescued from a house nearby after the building collapsed on it, has succumbed to its injuries.

Meanwhile, operations are underway to locate its parents who are believed to be missing in the incident.

A five-storey building has collapsed on to another building at the Buwelikada area in Kandy, stated Ada Derana reporter.

The incident has occurred early this morning (20) due to the inclement weather experienced in the area.

Reportedly, three individuals including a baby have been rescued from a house next to the collapsed building.

However, two more persons are reported missing, according to our correspondent.