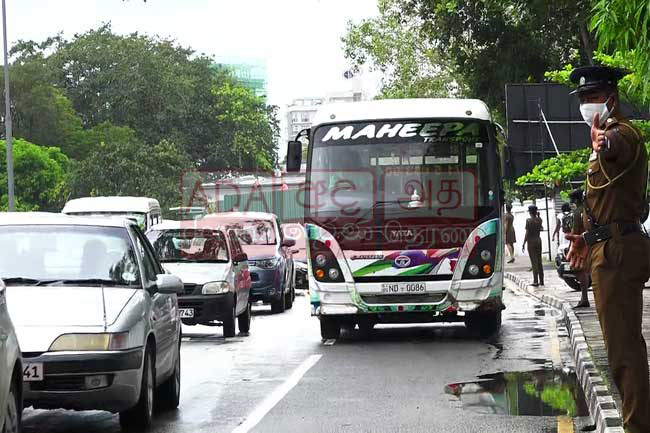 No fines or legal action will be taken against the motorists who violate the priority lane law despite the law being strictly enforced from today (21), stated the Urban Traffic Division of Sri Lanka Police.

However, the drivers who violate the law will instead be enrolled in an awareness program, stated the Division.

The priority lane law, introduced as a solution to reduce the traffic congestion experienced in Colombo and surrounding roads, was implemented as a pilot program throughout the past week.

The program was enforced on the High Level Road, Kandy Road, Galle Road, and the Sri Jayawardenepura Road between 6 to 9 am and 4 to 8 pm daily.

Meanwhile, President of the Lanka Private Bus Owners’ Association Gemunu Wijeratne says that the implementation of the priority lane without the intervention of the Ministry of Transport has failed.

However, the Secretary of the All Ceylon Private Bus Owners Association, Anjana Priyanjith, said that bus industry will develop through the bus priority lane program.