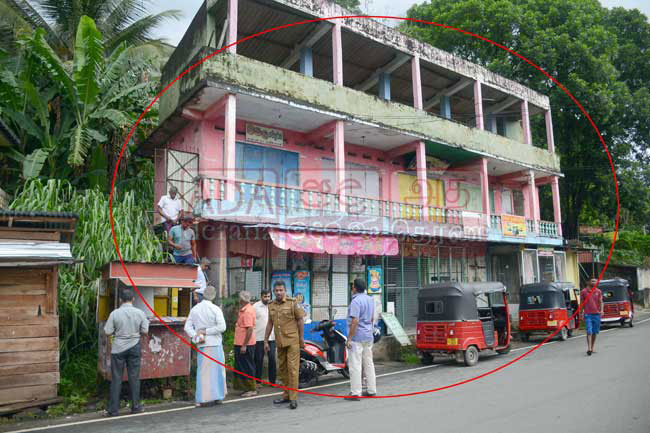 Three-story building in Hemmathagama closed off over safety risks

Hemmathagama Police, today (22), issued a notice to close off the shops of a three-story building on the Aranayake main road in Hemmathagama due to several cracks observed in the building.

The decision has been taken considering the dangerous situation and it will be in effect until a report is obtained following a proper inspection.

The decision was taken after a special police team including the Officer-in-Charge (OIC) of the Hemmathagama Police Station and the Grama Niladhari in charge of the division visited the building and inspected it.

In addition, the building being located near the main gate of Nagaragiri Maha Vidyalaya further exacerbates the risk.

Several police officers have been stationed to prevent frequent movement of school children and the general public near the building.

Meanwhile, it was revealed that tuition classes had been conducted on the third floor of the building, several years ago.

Therefore, the police have locked the entrance to the third floor as a measure to prevent classes from being held there.