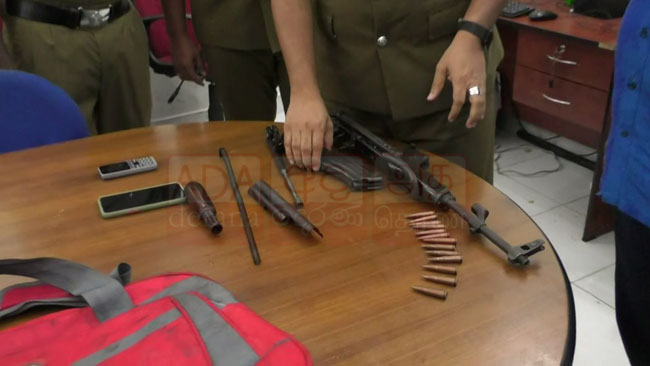 Two individuals have been arrested with weapons at the Kandana area, stated Ada Derana reporter.

The arrestees have been identified as accomplices of the underworld kingpin ‘Angulana Roha’.

Police have recovered a T-56 firearm and 13 rounds of ammunition found on the suspects.

The arrests have been carried out by the officers of the Peliyagoda Police, according to Ada Derana reporter.