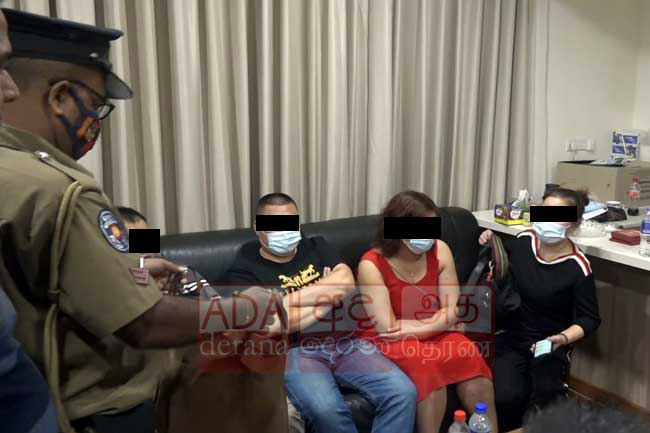 Twelve Chinese nationals have been arrested along with more than Rs. 6.5 million in cash during a raid carried out at an illegal gambling centre in Kollupitiya.

The operation was led by the officers of the Department of Excise, the Police said.

The arrested Chinese nationals including 03 females had been gambling in a residence on the 28th floor of an apartment complex located in Kollupitiya.

Gambling equipment used by the arrestees was also taken into custody by the Excise officers.

According to reports, none of the suspects had been in possession of their passports at the time of the arrest.

The arrested Chinese nationals will be produced before Fort Magistrate’s Court today (22).