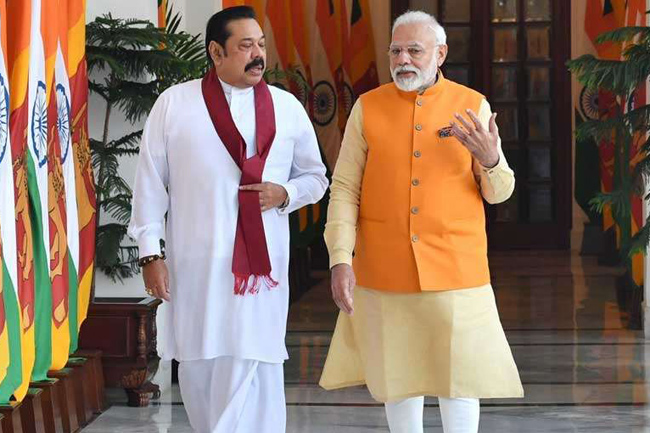 PM and Modi to hold virtual summit on Sep. 26

Indian Prime Minister Narendra Modi will hold discussions with his Sri Lankan counterpart Mahinda Rajapaksa on September 26 in India’s first virtual summit in the neighbourhood, even as Colombo awaits New Delhi’s decision on its request for a debt moratorium and an additional currency swap.

“Yes, the meeting is confirmed,” Rohan Weliwita, media secretary to Mr. Rajapaksa, told The Hindu on Monday. The meeting will come two days after a scheduled virtual meeting of foreign ministers of the two countries, along with other regional counterparts, at the SAARC foreign ministers’ forum on September 24.

The virtual summit is the first official interaction between the leaders after they met in New Delhi in February this year.

They have since spoken at least twice over the telephone though. Mr. Rajapaksa’s request at the February meeting for a debt moratorium of three years from New Delhi, to help Sri Lanka manage its fragile economy, is pending, as is Sri Lankan President Gotabaya Rajapaksa’s request to Mr. Modi – during a telephone call in May – for a “special” $1.1-billion currency swap facility.

Official sources in Colombo said both are “being discussed,” while in July, the Reserve Bank of India signed a $400 million swap facility with Sri Lanka’s Central Bank.