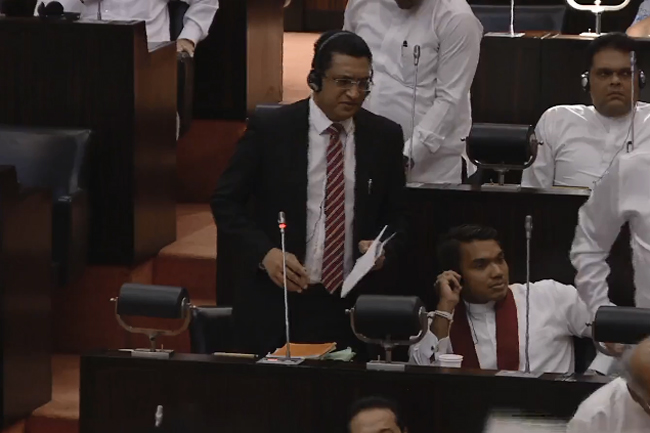 Draft Bill of 20A tabled in Parliament amidst protests

The draft bill of the 20th Amendment to the Constitution has been tabled in Parliament a short while ago.

It was presented to the Members of Parliament by the Justice Minister, President’s Counsel Ali Sabry, amidst protests from the Opposition.

The Opposition members protested while carrying signboards against the 20th Amendment. They also displayed stickers on their tops and wore black stripes of clothes as a token of protest.

Citizens are now given the opportunity to file petitions with the Supreme Court within 7 days, challenging the constitutionality of the draft bill of the 20th Amendment.

If no individual petitions the draft bill, it will be taken up for a Second Reading in Parliament following the 7-day period.

However, if any individual decides to challenge the draft bill, the Supreme Court will deliver its verdict within 21 days of time since the petition was lodged.