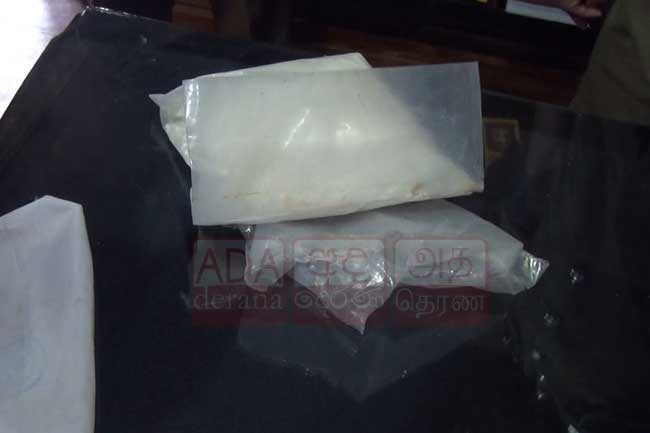 A parcel of narcotic drugs has been recovered on the beach in Payagala, stated the Police Media Division.

The Police said that cocaine, weighing over 1 kg and worth around Rs 10 million, had been found inside a parcel.

The parcel was found at the Gisbon Beach in Payagala based on information received by Payagala Police this morning.