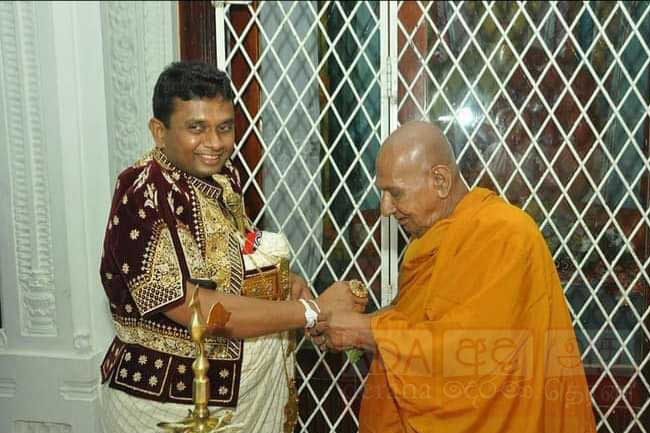 Dishan Gunasekara has been elected as the new Basnayake Nilame of Ruhunu Maha Katharagama Devalaya.

He was elected unanimously in a vote which took place this morning (22), the Monaragala District Secretary, Mr. Gunadasa Samarasinghe said.

Gunasekara previously served as the Basnayake Nilame of the Devinuwara Sri Vishnu Devalaya.

According to reports, Dilruwan Rajapakse, who was serving as the Basnayake Nilame of Ruhunu Maha Katharagama Devalaya, has not taken part in the vote to elect a new successor.