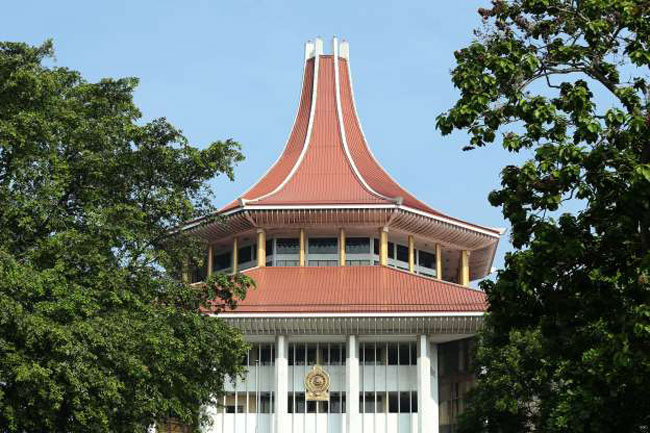 SJB files petition against 20A at Supreme Court

Samagi Jana Balawegaya (SJB) has filed a petition before the Supreme Court challenging the 20th Amendment to the Constitution.

The Attorney General has been named the respondent of the petition.

The petitioners claim that certain clauses of the 20th Amendment bill proposed by the government violate a number of fundamental rights and other provisions guaranteed by the current Constitution.

Therefore, the petitioner seeks a court decision declaring that the 20th Amendment bill requires a parliamentary majority vote of two-thirds and public referendum, for it to be passed.

The draft bill of the 20th Amendment to the Constitution was tabled at the Parliament of Tuesday (September 22).

Attorney-at-Law Indika Gallage through Attorney-at-Law Dharshana Weraduwage filed a special application on September 22, claiming that the draft bill requires a public referendum to be passed as it violates basic rights.