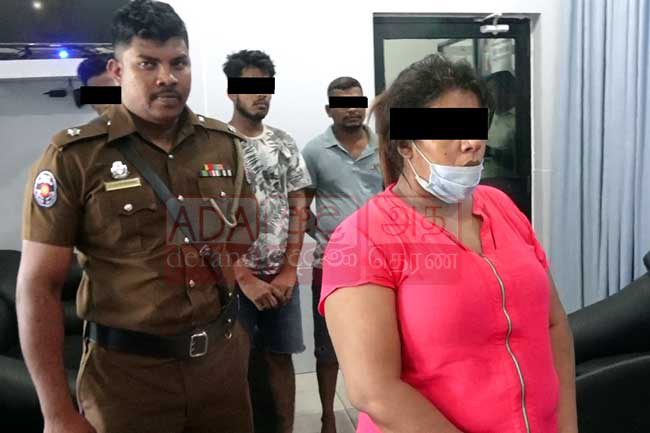 Four suspected accomplices of underworld figure “Battaramulle Bunty” have been arrested by the crime prevention unit of Thalangama Police.

They were taken into custody in the area of Akuregoda, Battaramulla last night (22).

The suspects, including a 40-year-old woman, had been in possession of 20g of Crystal Methamphetamine also known as ‘Ice’ and 5g of heroin and 40g of Kerala cannabis.

The suspects will be produced before the Kaduwela Magistrate’s Court today (23).

Thalangama Police is carrying out further investigations into the incident.