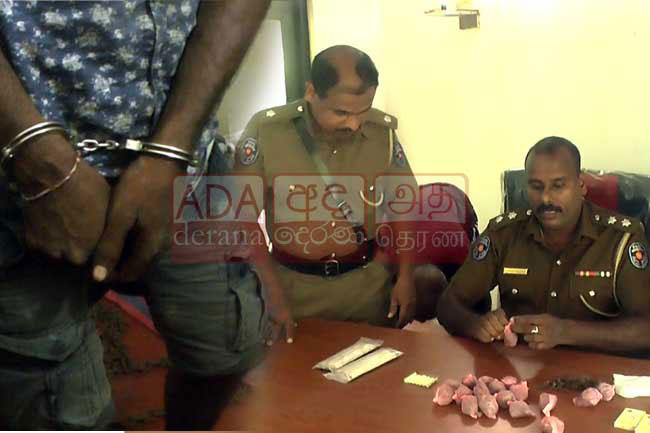 Upon interrogation of the arrested suspect, the police have also arrested three more individuals who engaged in crimes along with him.

Several weapons including a sword and an air rifle have been recovered from the possession of the suspects.

Meanwhile, a retired member of the Sri Lanka Army has been arrested for involvement in drug dealing.

The arrest has been made by the Kalutara Division Crimes Investigation Unit.

Reportedly, he had targeted school children of the Mathugama area to carry out his racket.

Several packets of cannabis have been found on the suspect at the time of the arrest.