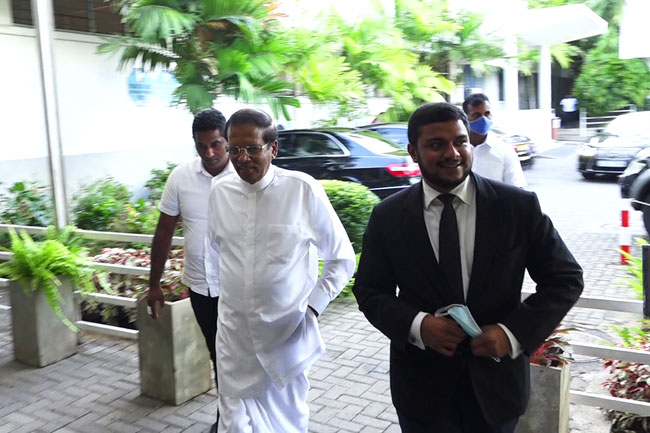 Maithripala returns to observe proceedings of PCoI on Easter attacks

Former President Maithripala Sirisena, with his counsel, has arrived at the Presidential Commission of Inquiry probing the 2019 Easter Sunday terror attacks.

This is as an observer to listen to the Commissions proceedings and the evidence given by the other respondents related to the case.

This is the second time he arrived at the Commission as an observer.

He arrived last morning (22) for the same purpose and left the premises after nearly three hours.

Meanwhile, the former President has been notified to appear before the Presidential Commission on the 5th of October.