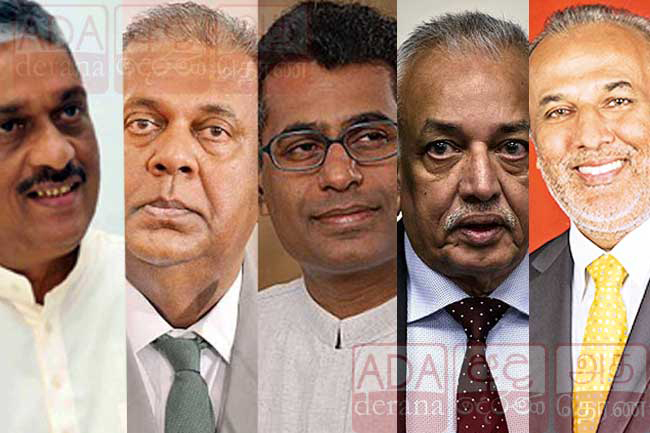 Several top figures of the Yahapalana Government are scheduled to record statements with the Presidential Commission of Inquiry (PCoI) probing the alleged incidents of political victimization today (24).

They are summoned to the PCoI to give evidence with regard to a complaint filed by the former ministerial secretary Neil Bandara Hapuhinna claiming that the Anti-Corruption Committee set up by the Yahapalana Government had filed cases against certain individuals on baseless grounds by fabricating allegations.

In the meantime, Acting Inspector General of Police C.D. Wickramaratne is slated to record a statement with the PCoI on political victimization at 2pm today (24) regarding a complaint lodged by former Senior DIG Lalith Jayasinghe.