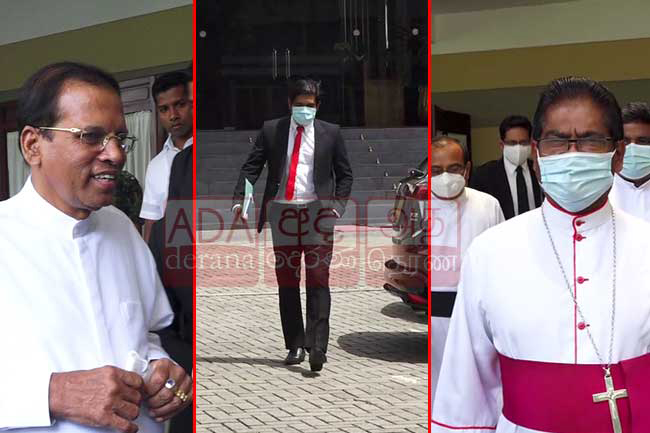 PCoI on Easter attacks sternly warns ex-President and 4 others

The former President’s personal secretary, in a letter issued on Sunday (20), had alleged that the former Defense Secretary Hemasiri Fernando has been maliciously lying before the Commission.

In the meantime, the three Auxiliary Bishops of Colombo had released a statement dismissing the controversial testimony made by Samagi Jana Balawegaya (SJB) MP Harin Fernando that His Eminence Malcolm Cardinal Ranjith could have been aware of the Easter attacks beforehand.

The PCoI issued notices on the former President, his personal secretary and the Auxiliary Bishops on Wednesday to appear before the PCoI on Easter Attacks this morning.

One of the three Auxiliary Bishops had appeared before the commission representing all three of them.

In addition to this the Auxiliary Bishops were also warned against issuing any such statements hereafter.