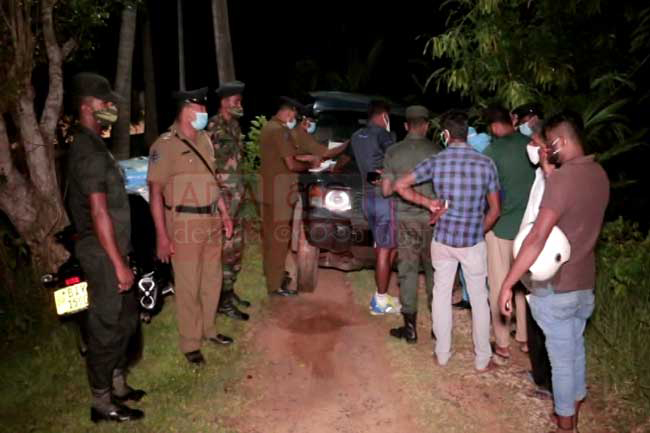 A Russian national, who recently arrived in the country, has been admitted to the Hambantota Base Hospital after his second PCR test report came out positive for COVID-19.

The individual in question, identified as a staff member of a Russian airline, had reached the Mattala International Airport recently along with a group of 13 other Russian nationals.

The Chief Public Health Inspector of Matara stated that the Medical Officer of Health office staffers in Matara had hospitalized the Russian national after he was confirmed to have contracted the virus.

As this group of Russians had been undergoing quarantine at a hotel located at Polhena in Matara. Accordingly, 24 members of the hotel staff have also been directed to the quarantine procedure.

Dr. Samitha Ginige of the Epidemiology Unit, speaking to Ada Derana, stated that an investigation into the incident was launched.

He added that preliminary probes have confirmed that the COVID-19 infected Russian national had not traversed the community.

The Medical Officer of Health (MOH) of the Matara Municipal Council meanwhile said 150 contacts of the said Russian national have been identified.