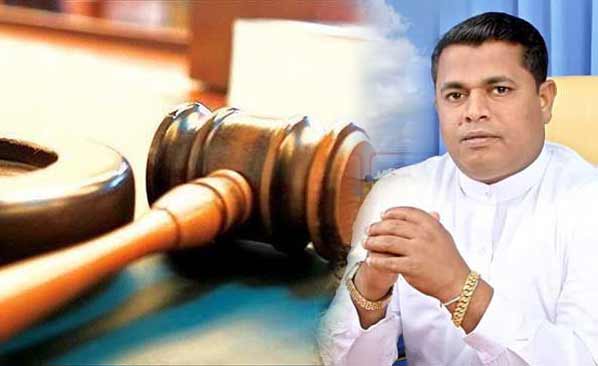 Former Chairman of the Arachchikattuwa Pradeshiya Sabha, Jagath Samantha, who was arrested and remanded over the clearing of land at the Anawilundawa Wetland Sanctuary, has been granted bail.

The former PS chairman, who is the main suspect in the case, was ordered released on bail by the Chilaw Magistrate’s Court when the case was taken up today.

Jagath Samantha, who is the brother of State Minister Sanath Nishantha Perera, had surrendered to the court on September 22 after an arrest warrant was issued over the clearing of land at the Anawilundawa Wildlife Sanctuary.

Following his surrender, the Chilaw Magistrate ordered the suspect to be held under remand custody until September 24.

On August 25, it was reported that the mangrove ecosystem in the sanctuary had been illegally cleared using machinery. The area where the illegal deforestation had taken place is approximately 0.697 hectares, according to the Ministry of Wildlife and Forest Conservation.

Minister C.B. Rathnayake later gave instructions to take action in this regard and the wildlife officials had reported the matter to the Chilaw Magistrate’s Court.

Further investigations were subsequently launched with the police to disclose the suspects and the case items.

The backhoe driver was taken into custody by the Arachchikattuwa Police on the 28th of August at his home in Kiriyankalliya, Mundalama.

Based on the information obtained from him, the 35-year-old businessman, who hails from the Udappuwa area, was arrested the following day.

The businessman and the backhoe driver were released on bail on September 18.

This 1,397-hectare land was declared as a sanctuary on 11 May 1997 in terms of the Fauna and Flora Protection Ordinance.