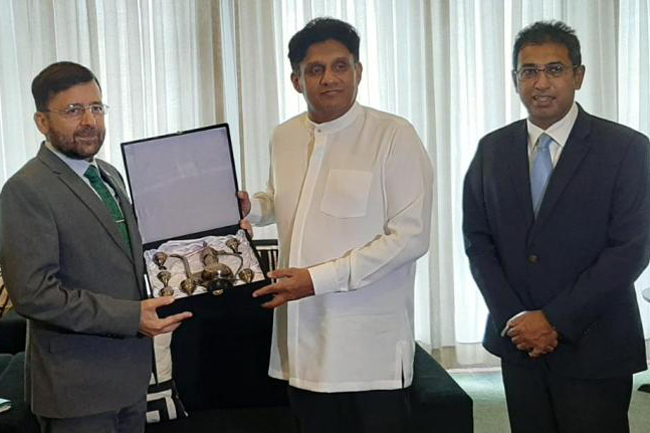 The duo has held discussions on several topics of common interest including areas such as trade, sports and education, the Pakistani High Commission in Colombo said in a statement.

It further read that the Opposition Leader and the Pakistani High Commissioner have agreed that bilateral cooperation in all areas of mutual interest must be vigorously pursued.