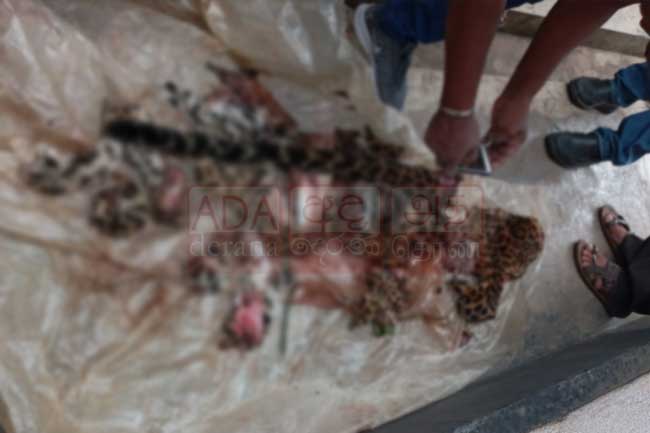 Three including woman arrested for killing leopard and selling meat

Three suspects including a woman have been arrested for killing a leopard and selling its meat at Ududumbara, Kandy.

The suspects, a married couple and a friend, were arrested based on information received by Ududumbara Police while a three-wheeler used to sell the meat has also been taken into custody.

Preliminary inquiries have revealed that the leopard had been killed after it was caught in a trap set up for wild boar at Kalagamuwa in Ududumbara.

The two men had reportedly killed and skinned the leopard to sell its meat while the arrested woman had helped them.

Following a search carried out at the suspect’s home, police officers had discovered more leopard meat and various body parts of the murdered animal.

The arrested suspects are to be produced before the Teldeniya Magistrate’s Court today (25).